To the Catholic Church

To the Catholic and Protestant Churches in Bavaria 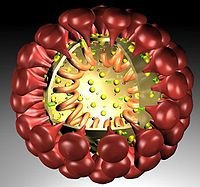 Your Brood and your Activity you will obligingly take over yourselves* and have them supervised!

The German-language document you may find here!

On any given Thursday, (Thunder day in German-language) you and your ilk will hopefully know that a thunderstorm is coming down, which you and your ilk should also not miss as an active lesson.

The Bavarian State Government as well as the Federal Government are now going into the summer break, but you and your kind will please see to it that this break will be a longer-term affair, because my person wishes that you, too, will do justice to your cause and see to it that an envisaged change of leadership under the world leadership and direction of King Juergen will proceed smoothly and without delay throughout Europe.

The beginning obviously offers itself in Bavaria and subsequently in the FRG, because now, however, it must finally be end with such dangerous games, because otherwise also you and your kind must be thrown out of your domicile preferably in Munich and my person will still be on the right side!

For the people of your brood, like Mr. Sea...., my person has an inkling of an assigned* placement, which already includes the naming of Mr. Sea... .

Furthermore, you should be taught that in one of Markus Lanz's talk shows it could be perceived that an educated personality was able to make it clear publicly that Mr. See... wants to harm the Chancellor again in the course of the further government, whereby no one had the slightest objection to this and the former CSU politician Mr. B. who was present recognised this very clearly.

This is your brood, which you and your kind did not pay attention to and now such a climate of a government coalition is once again the order of the day, which quite obviously will probably be found in the same way in almost every other workplace in the country!! !

Such a person, like the former Prime Minister of the CSU and now* current Minister of the Interior, .....................and for this very reason, if you do not belong to the neurotic vindictive ones, you will have to make sure that all family members of the Authorities and the Authorities themselves will not be harmed, especially not during car rides, if it should be a matter of so-called (faked by stuntmen)* accidents on the motorway or in road traffic!

From Bavaria, my person would take the then Prime Minister Mr. E. Stoeiber and possibly Mr. Hermann as well as,a if necessary, Mr. Soeder ** into the boat and propose them for the handover of the Bavarian Ministry.

As a woman in this matter, if at all, Mrs. Kloeckner from the CSU could still pass to initiate the handover of the government cleanly!

The best thing, however, would be if the Cudgel of my person would be available for the selection of the members of the FRG, which, however, would take too long in terms of time and could therefore also apply retroactively!

But with you and your kind as the clergy, not even my person would like to change, and not then,* if you will continue to hide falsely and cowardly behind the Lord and Creator!

I know the wrath of God and the harshness quite well and I would like to remind you and your kind of people of that and call you to act accordingly by reminding you of your brood that allowed you to grow so big unchecked!

Make something of your lives and do not be mere spectators who applaud!

HP: There are some more government members who would also pass, but I am probably aware of very few of them and so a small group of people must come into a closer selection, which is ultimately for King Juergen to decide!

Also many of you as the clergy cannot trust my person anymore and so this letter will be published immediately in one of my various Pages!